Tools & Options How Our Service Works Platinum Upgrade Virtual Phone/Video Calls IMBRA Request Our Executive Plan The Process Why Us? Cost Meet Our Matchmakers Send Her A Gift 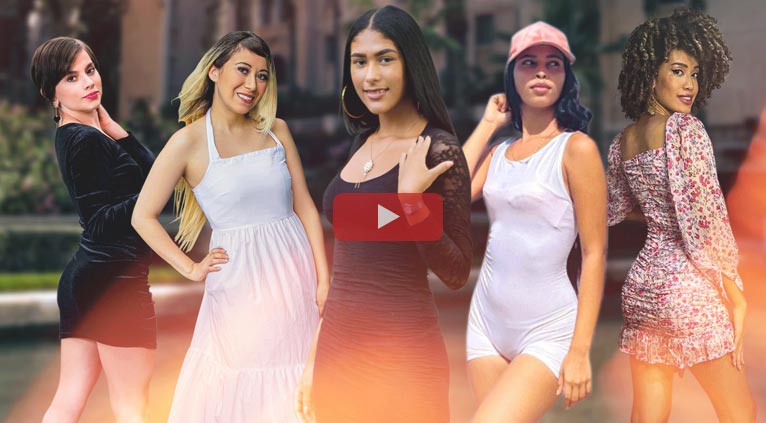 How Our Service Works Platinum Upgrade Virtual Phone/Video Calls IMBRA Request Our Executive Plan The Process Why Us? Cost Meet Our Matchmakers Send Her A Gift

Newest, beautiful, single women now added for week of Wednesday, 30 November, 2022 - Tuesday, 6 December, 2022
Your opportunities here are truly worldwide. Explore our site deeply to see how you can realize that!

How Our Service Works Platinum Upgrade Virtual Phone/Video Calls IMBRA Request Our Executive Plan The Process Why Us? Cost Meet Our Matchmakers Send Her A Gift

The history of Latin America is one that can be categorized as rich yet turbulent. Comprising the entire South American continent with the inclusion of Central America and the Caribbean islands, this region is home to varied cultures and diverse people. All in all, the Latin American region is composed of 29 countries along with dependent states and constituent entities.

Latin America: The Dance Capital of the World

The colorful and diverse culture of Latin America has sprung some of the most famous and complex dances in the world. This region has given us a host of different kinds of dances that has and is continually taking the world by storm. That explains why Latin America is touted as the dance capital of the world.

Your dance moves will certainly be put to test when dating a Latina. If you ever get invited to a Latino family gathering, be sure to bust out those moves because they will relentlessly drag you to the dance floor. In order to impress Latin brides and their families, it is important to get familiar with some of these Latin American dances:

Bachata is a dance originating from the Dominican Republic. Its primary movements are side to side in a four-beat pattern incorporating pronounced hip movements.

This is perhaps the most recognizable dance in this list. Originally from Cuba, Cha Cha has gained world recognition because of its relatively easy steps. Its basic movement is stepping forward and then backward and a quick three step shuffle.

Salsa originated in the Caribbean and is known to be one of the most entertaining and widely practiced social dances in the world.

Originally from Brazil, Samba is one of the most popular Latin dance styles when it comes to dancesport performances. The speed of the body movement varies depending on the beat and groove of the music. Samba can also be performed either with a partner or solo.

Tango is often referred to as the dance of seduction due to its exaggerated sensual movements. Birthed in the dockside brothels of Buenos Aires Argentina, Tango is known for its racy and passionate choreography. It remains to be one of the most famous Latin dances to date.

These are just a fraction of the many dances that Latin America is profoundly proud of. Both cultural and popular arts are an integral aspect of the Latin American culture and tradition. It is a major variable that makes up their regional identity.

The Rich Heritage of Latin America

Latin America’s rich heritage is a by-product of diverse influences. While almost all Latin American countries share a common cultural ancestry, there can still be nuances across each country’s respective cultures.

Much of Latin America’s culture is also anchored in their Christian faith. Their religious inclination is evidently manifested in their marriage culture. Latinas revere the sanctity of marriage, which explains why the divorce rate in the Latin American region frails in comparison to that of other countries and regions of the world. If you’re really sincere in dating one of the beautiful Latin personals in our site, it is vital that you know a thing or two about their culture first.

Below is a comprehensive breakdown of a few must-know facts about the rich heritage and colorful culture of Latin America:

Latin America has an estimated population of over 600 million people. The region’s population is composed of diverse ethnic backgrounds and ancestry. However, majority of them identify themselves as mestizos.

Latinas and Latinos are also generally known for having a positive outlook in life. In fact, a lot of Latin American countries are at the highest rung of the ladder in terms of happiness index. They are also known for being warm and hospitable.

Except for Brazil which utilizes the Portuguese language, Spanish is the most widely spoken language in Latin America. There are, however, several dialects spoken across the region which are derivatives of the Spanish language.

Latin America is also home to colorful and jubilant festivals. Depending on which country, the inspiration behind their celebration ranges from religion, to honoring the dead, showcasing their cuisine, and celebrating a bountiful harvest.

The colorful culture of the region is on full display during these festivals. These festive celebrations are also a major tourism draw in the region. Thus, it is highly recommended that you coincide your travel to any Latin American country during one of their festivals for a really worthwhile visit.

Latin America is indeed a region that is not just abundant with breathtaking tropical landscapes and stunningly gorgeous women. It’s rich and storied history, colorful culture and traditions are equally worth the recognition as well.

If you want to know more about the history and culture of Latin America, nothing can immerse you better than dating an actual Latina. You can register here for free and get a chance to meet beautiful Latin women who could potentially be your life mate.

Newest, beautiful, single women now added for week of Wednesday, 30 November, 2022 - Tuesday, 6 December, 2022
You have to meet the women to marry them! What other international dating site offers you numerous opportunities to do that?

Is there any REAL reason to wait?
It's FREE, instant and without obligation to register NOW!

It’s the first step in possibly the most rewarding romantic adventure of your lifetime!